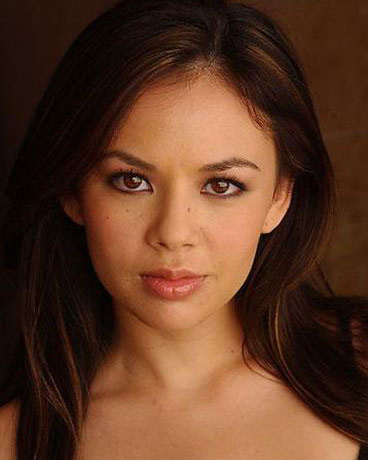 ABC Family’s “Pretty Little Liars” and “Dancing with the Stars”

Janel Parrish first achieved fame in Hawaii as the winner of local talent contests. She got her start as a professional entertainer when she was cast as “Young Cosette” in the National Touring Company of Les Misérables, and later portrayed “Young Cosette” in the Broadway production as well; the role showcased both her acting and singing abilities.

Parrish has a recurring role as Mona Vanderwaal in the hit ABC Family TV series Pretty Little Liars based on the book series by Sara Shepard. Mona is a formerly unpopular girl at Rosewood who longed to be accepted by Alison DiLaurentis’s group despite being continuously mocked by her. After Alison’s disappearance, Mona befriends Hanna Marin and they undergo an “extreme makeover” together. As a result, they both become popular students. However, Mona is secretly jealous of Hanna’s friendship with the other Liars (Spencer, Aria and Emily) which leads her to do drastic things. In March 2012, Parrish was promoted to series regular for the third season. In August 2013, she won the “Choice TV Villain” award at the Teen Choice Awards. Janele recently completed ABC’s “Dancing with the Stars”.