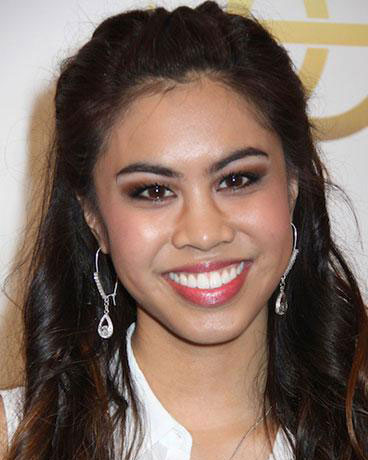 She is best known for role as Lulu in the Nickelodeon sitcom True Jackson, VP. She also co-starred as Kelly Peckinpaw in Bucket & Skinner’s Epic Adventures on Nickelodeon.

Argota was born in Redlands, California and her background is Filipino, her parents and family being from the Philippines. She began her professional career as contestant on the Arsenio Hall-hosted Star Search on CBS in 2003. She began acting at the age of 14. In 2007, she starred in an independent film titled Schooled. She also appeared in a Nickelodeon celebrity-episode of the series BrainSurge during which she lost during a Sudden Death round to Jerry Trainor. She appeared again in 2011 with other various Nickelodeon celebrities and won. Argota confirmed on July 5, 2012 that Nickelodeon has cancelled Bucket & Skinner’s Epic Adventures. It is unknown if the remaining episodes will be shown, however all episodes were broadcast in other countries. On December 22, 2012 TeemNick aired the previous never before seen in the US, Christmas episode. Starting March 27, 2013, the previous 7 never before aired in the US episodes aired on TeemNick in the US. Argota attended Connections Academy in Los Angeles, CA.